Freedom in Poland – why I will vote for Rafał Trzaskowski

In coming days, the second round of presidential elections in Poland will be held. July the 12th is an important date for the whole society, as we together will be deciding on the shape of our future. We will be choosing between right-wing PiS politician Andrzej Duda, the current president of Poland serving since 2015, and liberal-progressive politician Rafał Trzaskowski, the present Mayor of Warsaw.

Who will I vote for and on what criteria do I base my decision? Read the article to find out.

Choosing who to vote for requires reflection on several subjects. To make it clearer, I gathered in below table my opinions on different domains and compared them with our 2 candidates’ statements, indicating in which areas we are on the same page.

As conclusion from above table I don’t share any of my beliefs with Andrzej Duda and the PiS political party.

PiS won last elections thanks to convincing Poles to their socialist / populist program, especially 500+.  At first glance such program appears to be nothing but beneficial, but after deeper analysis you can find many drawbacks of this approach:

PiS politicians claim themselves as the sole legitimate representative of the national interest,  describing the opposition as at the service of “antipatriotic” forces. This is obviously nothing but propaganda and creates atmosphere of fear and hatred. That doesn’t surprise me, because authoritarian political parties always use the same tactic, trying to implement an autocratic political system, limiting freedom of speech and freedom of the press.

Instead of leaving TVP, public television financed by our taxes, to be independent, neutral and credible, PiS transformed it into a scandalous populist propaganda tool.

While the Polish media landscape remains pluralist, thanks to a myriad of private media that have preserved their independence, Jarosław Kaczynski has repeatedly raised the need for “repolonization” of their capital. That is why polish journalists fear that they will face a situation like in Hungary or Russia, where the private media have been gradually subjected under the power of government.

Control over the media however was not enough for PiS. They also did everything what’s possible to control the justice system. Their actions limit our independence as citizens. Those are also the challenges that we must face during the upcoming presidential elections.

I want to live in a free country, where freedom of speech is a reality, where each citizen has the right to criticize ruling party without fear, without risk to go to the jail. Criticizing the ruling party does not mean that we are antipatriotic or against Poland.

I want Poland public media like TVP to be politically neutral.

We must fight for freedom of press, freedom of speech and an independent justice system in Poland.

We must fight for Poland that it won’t become like Hungary, Turkey or Russia, where majority of public & private press is controlled by its president, Orbán, Erdoğan or Putin. We must fight that Poland will never come back to autocratic regime like it was during communism, like in China, North Korea or Syria.

In order to fight for the freedom in Poland, I will vote for Rafał Trzaskowski the 12th of July. 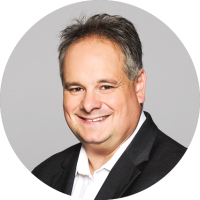